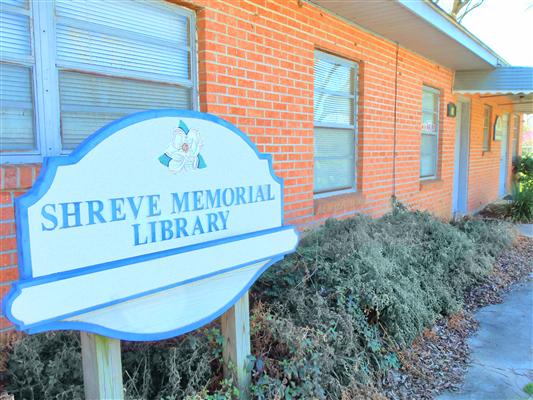 The Belcher-Wyche Branch was established in 1938 in the Village of Belcher as a cooperative endeavor, with the library providing books and staff while the local government provided the facility, utilities, and maintenance. Originally located in the Belcher School, the branch primarily served as a school library, although it was open to adults and children. The first branch librarian was Susie P. Brown, followed by Margery Wyche, whose name became associated with the branch in 2008 upon a vote by the Library Board of Control.

In January 1970, with the institution of Parish-funded school libraries, the branch moved to a new location at 409 Charles Street. Formerly the Community Clinic of Belcher, the new building became the library branch as well as the Village Hall. After renovations, the new facility provided 616 square feet to house library services.

In 1996, Shreve Memorial Library’s capital tax issue provided an opportunity for part-time branch libraries to apply for a grant that would support the improvement or replacement of the existing facility, with the municipality retaining ownership of and providing maintenance for the branch. Belcher Mayor Jennifer Fant received a $65,400 grant under this program, which was later supplemented by an additional $10,000 awarded by the library for furniture, fixtures, equipment, and asbestos abatement. The Village, with the support of Wiley Construction, chose to maintain the original location, renovating several interior walls to create a more open, accessible space. An extension of 320 square feet was also added to the back of the building, expanding the total size to 936 square feet. The expanded library space was supplemented by the adjoining Village Hall, which could be used for library programs and meetings. The newly renovated branch opened for service the week of October 30, 1998.