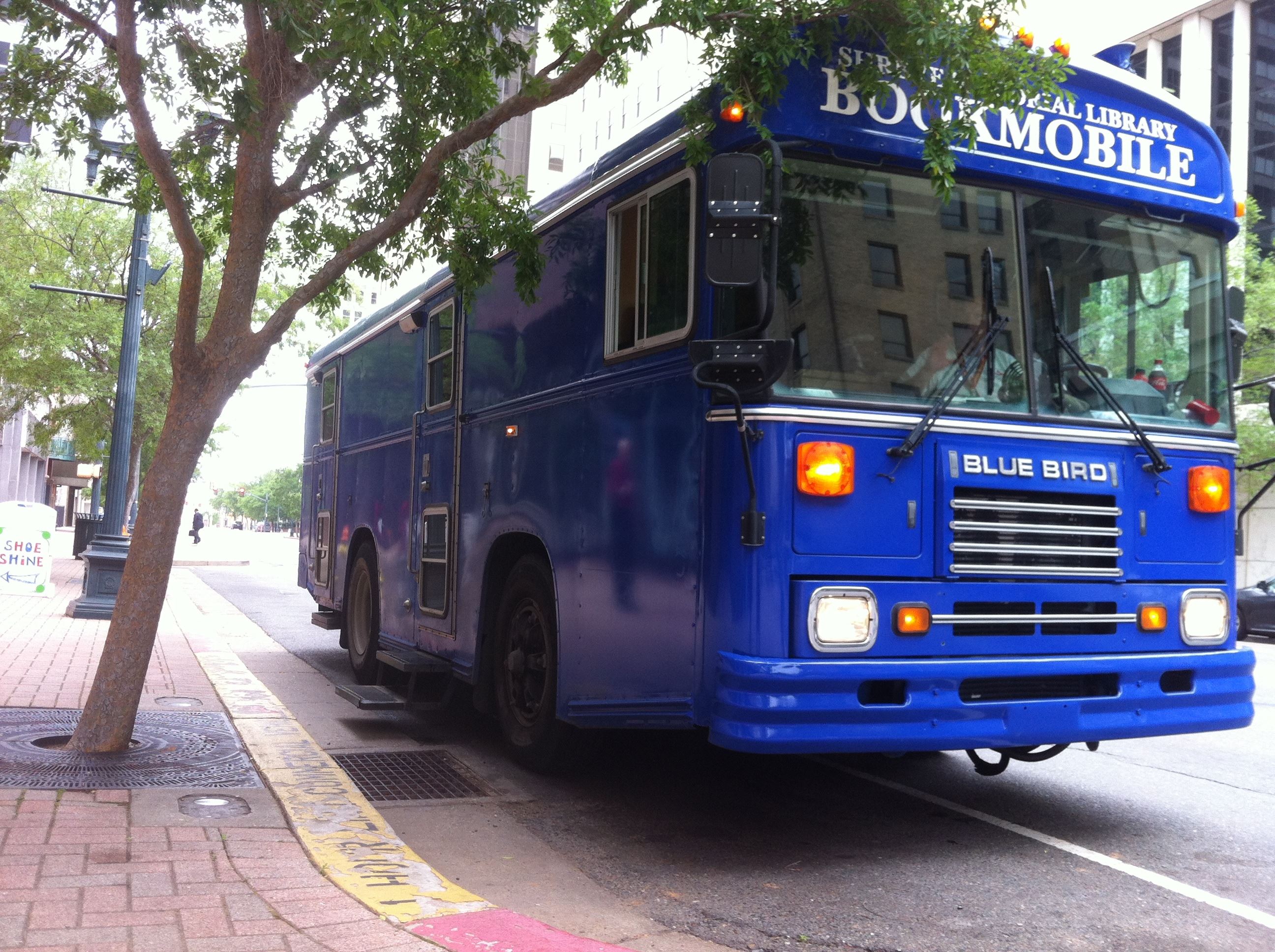 Shreve Memorial Library's Mobile Library is open to people of all ages. Outreach services are provided by two vehicles that operate out of the Support Services Center. The Mobile Library serves area nursing homes, assisted living facilities, day cares, a prison, and homes of individuals with disabilities that hinder mobility to visit a library.

Services and materials include books, audiobooks, DVDs for children and adults, the ability to request materials, and storytimes and programs for all ages on request.

Where Does the Mobile Library Stop?

You can also see the full map here.

Shreve Memorial Library first experimented with a bookmobile service in 1957, when the State Library of Louisiana offered a Bookmobile Demonstration Program in which a bookmobile was lent to Caddo Parish libraries so that they could try out the concept. In largely rural Caddo Parish of the ‘50s, it became a beloved institution. The Library instituted permanent bookmobile service after the demonstration was over. Soon, bookmobiles were visiting every elementary school in the Parish as well as serving small towns, housing developments, urban apartments, shopping centers and many other institutions allowing books to be checked by all Parish residents.

Prior to the 1970s, four bookmobiles were operated by Shreve Memorial Library. Bookmobiles have always been a very important library service to Caddo Parish residents during the '50s and '60s, when there was little availability of Branch library service within easy traveling distance.

In the middle of the 1970s, the bookmobile operation was moved from a small office to the former Union Avenue Branch building, which was reopened to the public as a branch shortly after that. The bookmobile service began operating two bookmobiles instead of the original four. However, the service still remained (as it does today) vital to isolated populations.

In July 1997, the larger bookmobile took on all of the remaining stops and instituted a once a month service rather than visiting its stops every two weeks as in the past. Service to the homebound and to institutions such as day care centers, urban apartments, nursing and retirement homes and community outreach programs have become the focus of the operation.

In 2006, the bookmobile operation moved into new quarters in the new Hollywood/Union Avenue Branch Library. In the fall of 2015, the Mobile Library moved to the new Shreve Memorial Library Support Services Center on Bert Kouns Industrial Loop. In the new building, the staff has more space and a garage for the vehicles. As ever, the Mobile Library continues to serve those who cannot reach the library on their own, with the kind of personal attention that is needed by this parish.